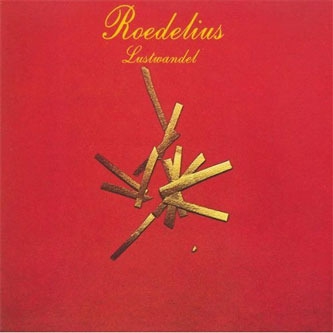 'Lustwandel' is Hans-Joachim Roedelius' third solo album, a series of chamber music pieces originally released in 1981 via Sky Recordings and now reissued on Bureau B with original artwork intact. The recordings were made in 1979 around the same time as his classic 'Jardin Au Fou', both with the involvement of producer Peter Baumann (formerly of Tangerine Dream) at Paragon studios. Apparently it was the realisation of Roedelius' long held dream to place his favoured grand piano centre stage, knitting his pastoral, baroque solos into more typical electronics and occasional use of percussion. His compositions are concise, lucidly lush and definitively European. Take the ornate and practically medieval 'Wilkommen' as the most extreme example, while the majority (the expansive and percussion heavy 'Langer Atem' excepted) are sweetly succinct mini-movements to be cherished like vintage trinkets of inestimable opulence. (Boomkat)