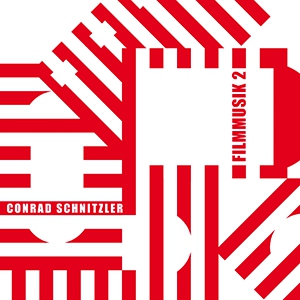 Bureau B delivers a keenly-awaited Filmmusik 2 companion to last year's archival discovery, Filmmusik 1975 A, including an astonishing tribal techno prototype plus some of the legendary artist's most mind-bending pulsers and an intense 23 minute piece written in 1978, now issued for the first time. Judging by the date of the title, these pieces were made in the gap between Schnitzler's seminal Rot and Blau (1974) editions and Con (1978), and seem to feel out an unresolved space between that early abstract phase and his more detailed constructions. It's all captivating in that classic Schnitzler sense of heading, with some momentum, into the electronic unknown, but two pieces really stand out: 05_1975 B is one of those tracks that bubbles up every few years and realigns the roots of techno for us. More specifically its pulsating, linear groove and sweeping modulations can be heard as the roots of dark techno, BM, industrial, trance. Just listen, you'll get it. The other important discovery here is Lichtpunkte und schwarze Zeichen, whose expansive, elliptical envelope contours effectively presaged similar output from Monoton, which would arrive a few year later in 1980. (Boomkat.com)